Reflecting back on 2017 and looking forward to the future when more people will know facts that allow them to make important, informed decisions.

Just Facts has summarized five facts and five falsehoods that:

Fact #1: About 11.5% of adult females living in the U.S. state that they have been the victim of a completed forcible rape. 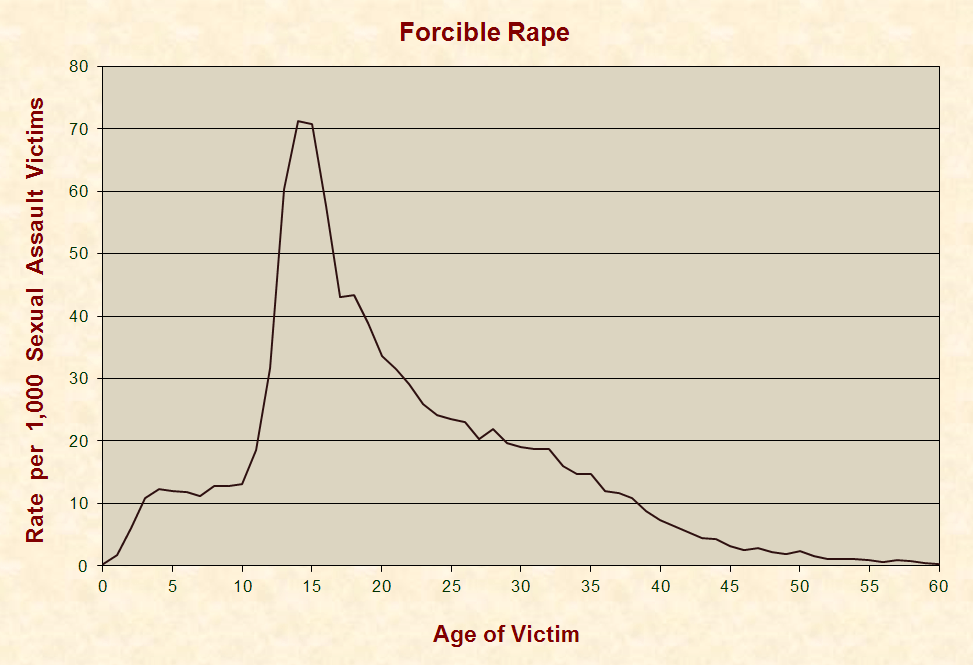 Fact #2: U.S. federal, state, and local governments are spending $6.3 trillion per year, or an average of $50,000 for every household in the United States. This money is distributed as follows:

Fact #3: At the current drug overdose death rate, one in every 65 people in the U.S. will die of a drug overdose.

The rate of drug overdose deaths has tripled over the past 15 years. In 2016, more than 63,600 people were killed by drug overdoses, which is 3.9 times greater than the 16,459 murders committed that year.

Fact #4: Public 4-year colleges spend an average of about $40,000 per year for every full-time student, and private non-profit colleges are spending $52,000.

College prices have been soaring for decades, but only 26% of spending by public colleges is dedicated to student instruction, as is 33% for private non-profit colleges.

Fact # 5: Based on data from more than 150 countries, people tend to migrate away from nations with worse government corruption to those with less corruption and “higher degrees of press freedom, access to information about public expenditure, stronger standards of integrity for public officials, and independent judicial systems”: 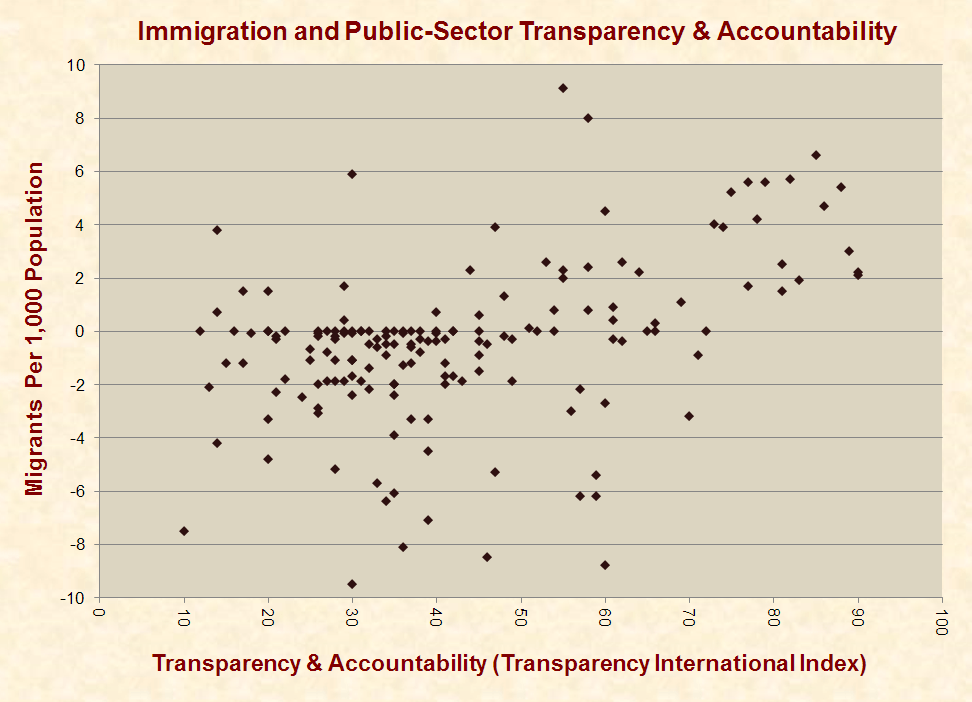 With all of the debate over immigration, limited attention has been devoted to the reasons why people abandon their homelands and families to move to another nation. The same applies to pressing problems like global poverty. One of the factors that pops up in both of these cases is government corruption, which goes hand-in-hand with poverty: 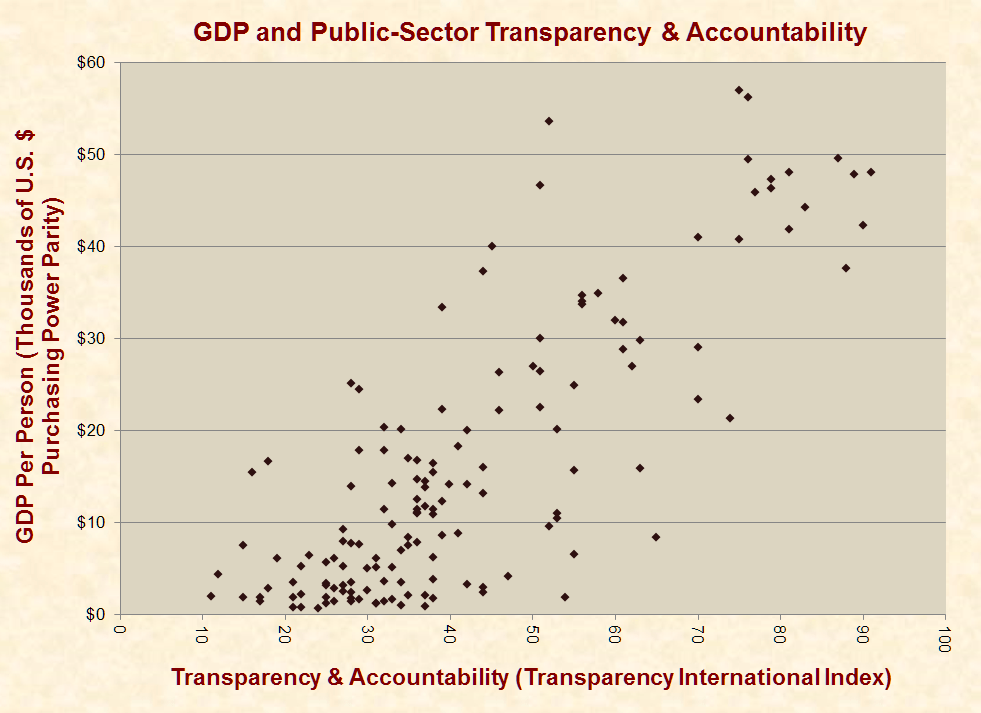 Falsehood #1: The severe hurricane season of 2017 was fueled by global warming.

Such claims were reported by CNN, the Washington Post, Politico, the BBC, and others, but comprehensive facts show that rainfall and hurricane activity are well within the bounds of natural variation. Furthermore, there is no cogent evidence that rainstorms or hurricanes have increased over the past century.

Falsehood #2: Donald Trump said that some of the neo-Nazis and white supremacists at the violent protest in Charlottesville were “very fine people.”

At the press conference when Trump supposedly said that, he explicitly “condemned” the white supremacists twice, said they were “very bad people,” and emphasized that he was not calling them “very fine people.” A reporter at the conference then asked Trump if the media “treated white nationalists unfairly,” and Trump responded, “No, no.”

Falsehood #3: The U.S. middle class has been economically stagnant or declining for decades.

Such claims have been voiced by everyone from Elizabeth Warren and NPR to Donald Trump and PolitiFact, but they are based on incomplete measures of income. The truth is that inflation-adjusted median household income increased by $17,800 or by 29% from 1979 to 2013. After federal taxes, income increased by about $19,700 or 40% over the same period.

Falsehood # 4: Police are more likely to use unnecessary lethal force against African Americans than other races.

This accusation has been the dominating refrain of the “Black Lives Matter” movement and the NFL national anthem protests, but concrete facts show just the opposite. African Americans represent about 53% of murder offenders and 33% of people killed by police. These two facts are crucial for understanding this issue, because:

Because the U.S. has more than 325 millionpeople, 900,000 law enforcement officers, and 16,000 murders per year, major media outlets can mislead the public by focusing on selected events. This is exactly what they have done by devoting massive amounts of coverage to a few killings while disregarding many others.

This assertion became prominent in the wake of the Las Vegas massacre—the worst mass murder in the U.S. since 9/11. A classic example is the New York Times, which ran editorials with various claims to that effect. However, every one of those claims was based on misleading or blatantly false evidence that uses bait and switch tactics, compares apples to oranges, or misrepresents association with causation.

It is extremely difficult to identify, measure, and account for all of many possible factors that impact homicide rates, but comprehensive, straightforward data suggests that private gun ownership in the U.S. saves far more lives than it costs.

The facts and falsehoods above show how misinformation can lead to horrible consequences, while reliable facts can empower people to make positive, life-changing decisions. Thus, when media outlets and politicians place their ideologies and agendas over the truth, they are toying with the lives of millions of people.

Given what is at stake, every person should exercise discretion in what they accept and deny in the realm of public policy. In the words of Louis Pasteur – the renowned scientist who disproved the deadly junk science of spontaneous generation –”we should be guided by facts” and avoid the “tendency to generalize by anticipation.” Knowing the widespread human weakness of confirmation bias, Pasteur wrote that “the greatest aberration of the mind is to believe a thing to be, because we desire it.”

Author, Advocate, Blogger & Zombie Aficionado. Air Force veteran and jack of all trades, with a wide range of experience with many different cultures around the world as well as working alongside both CEOs and average Joes. “Writing was never a goal or even vaguely contemplated as a career choice, it just happened, an accidental discovery of a talent and a passion.” A passion that has taken him in many directions from history to zombies to advocacy to News especially in this day and age of “Fake News” and “Alternative Facts.” The Truth Is Out There!

Author, Advocate, Blogger & Zombie Aficionado. Air Force veteran and jack of all trades, with a wide range of experience with many different cultures around the world as well as working alongside both CEOs and average Joes. "Writing was never a goal or even vaguely contemplated as a career choice, it just happened, an accidental discovery of a talent and a passion." A passion that has taken him in many directions from history to zombies to advocacy to News especially in this day and age of "Fake News" and "Alternative Facts." The Truth Is Out There!

Be the first to comment on "2017: Facts and Falsehoods"